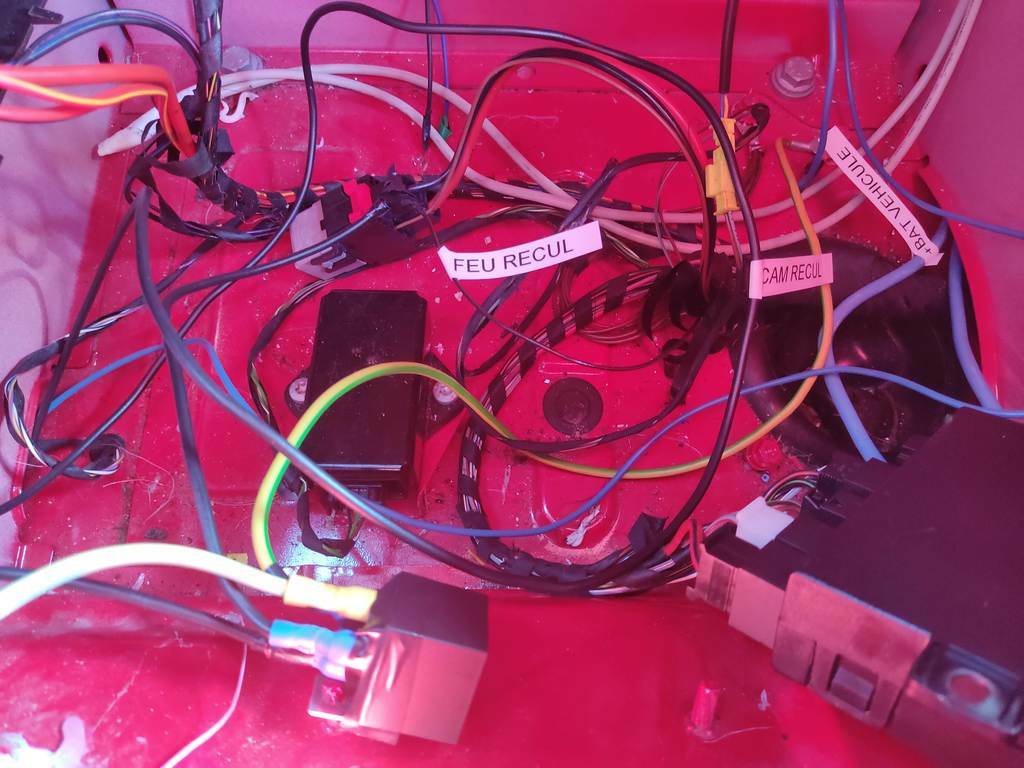 After about a week (mainly waiting for tool delivery and gathering knowledge) we finished cleaning the electronics added by the previous owner. It was quite pleasurable to plug the battery back in and to check that the van still worked, including the rear camera which still turns on when driving backward. 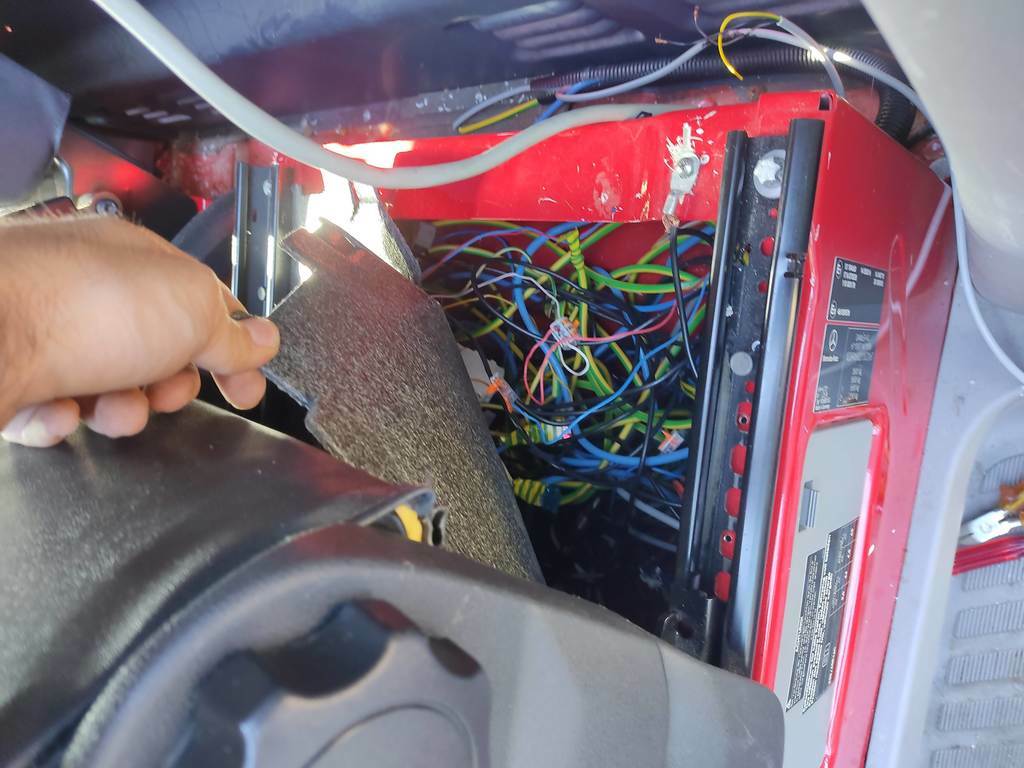 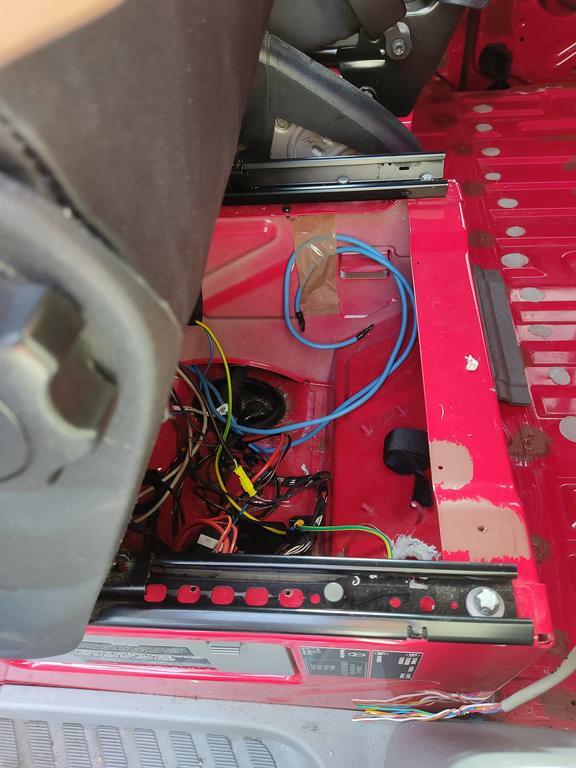 The rear camera is the only extra circuit that I kept under the driver seat, next to the original Mercedes wires. Basically, the + of the camera feeds into a relay, which is triggered by the reverse light. This circuit was functional, but there were a few points I didn't like:

To address all these points, I crimped terminals wires and soldered a 3-way splice on the reverse light - a premiere for me. 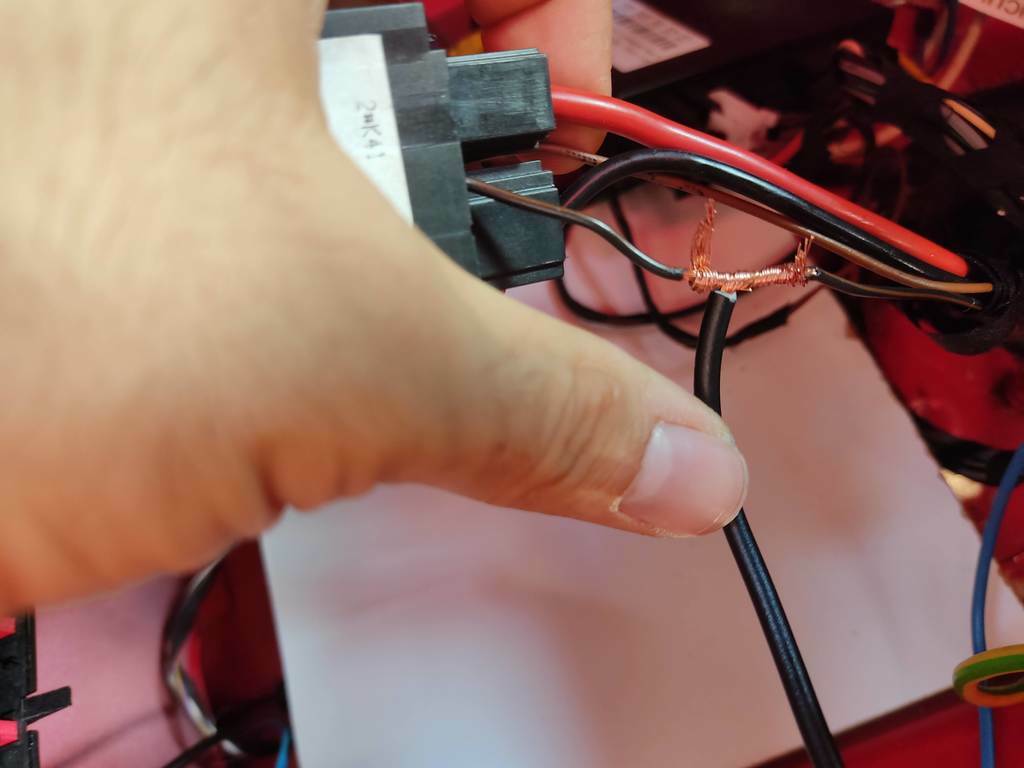 Instead of using an extra cable from the battery to power the rear camera, I have used a piggy back fuse which makes the circuit really clean. The other fuse in parallel is 25A, the circuit is used to power a potential trailer. I suppose this is fine since the camera only pulls about 1A (5A fuse). In the longer run, it would maybe be nice to have an extra battery cable powering a few slots on the fuse box under the driver seat. 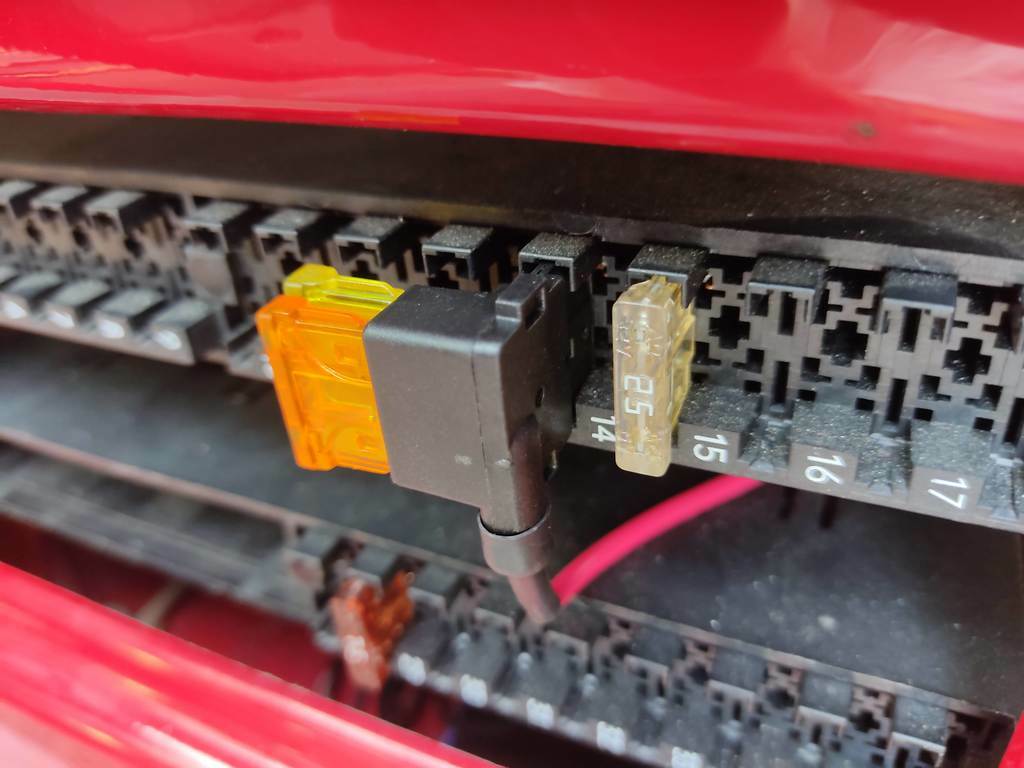 Disclaimer: I had no clue about relays and electronics in a car, before I watched the videos from the VegOilGuy (VOG) youtube channel.