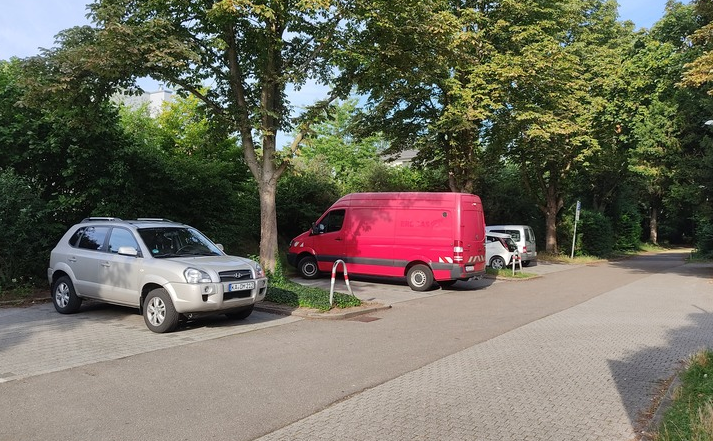 Since we will be leaving Germany, we will de-register the van from Germany and register it in France. It appeared to us that the easiest way to proceed was to get exportation plates (Zollkennzeichen) in Germany. To get those, we dropped the van at a registration service (Zulassungsdienst) in Karlsruhe, together with all the van papers and the keys - a little scary. We could have went ourselves to the official Zullasungstelle directly instead of using a middleman, but requesting an appointment can take long and we wanted to get through it quickly to start the French immatriculation process.

A day later we were able to pick up the van with its new red exportation plates. They are valid and include an insurance for 15 days, for a cost of 236.40€.