Our first months of vanlife 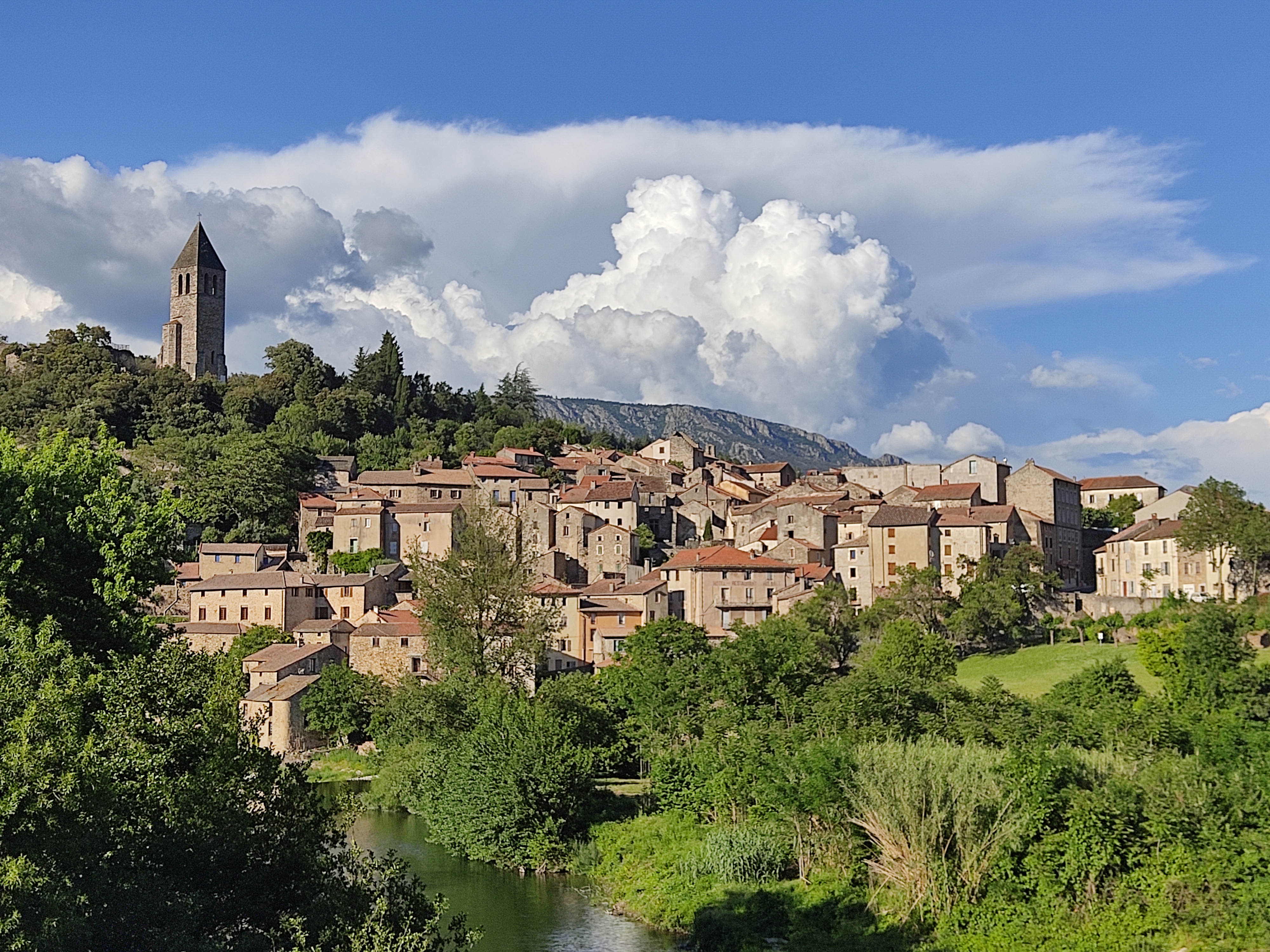 We've left home on the 26th of May for our final compliance check with the DREAL, and lived in the van since then. Starting from Strasbourg, we drove all the way down to Pyrénées orientales, crossing Auvergne, looped back around côte d'Azur and drove back up to Strasbourg through Mercantour and Queyras. We came back up on the 13th of July to attend my cousin Marie's wedding the following day, which I didn't want to miss. Now we're on the road again, but we took the chance of being home for a week to fix and improve a few things in the van. 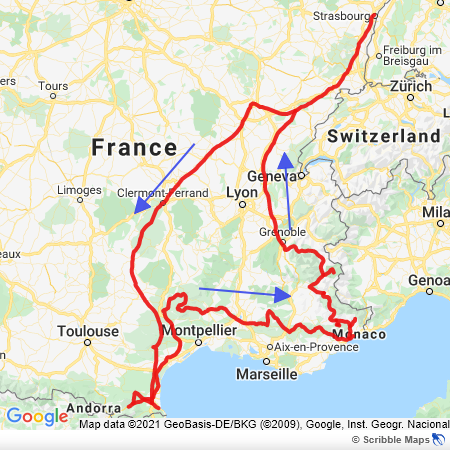 Map of our first trip

All in all we're pretty satisfied with our vanlife. It was easy to find places to sleep, where internet was sufficiently good for us to work. Mostly, it was also fine to plan our days around work commitments and vice versa. Needless to say, there's plenty to do in France, and we had to give up that we simply can't do it all. Still, we've managed to always experience the specificities of all the regions we've crossed: we hiked the volcanoes of Auvergne, climbed the gorges of Verdon, got dusty in Roussillon, swam in the Mediterranean sea, dominated the rapids in Ubaye, observed the stars from Saint Véran,... There was no time for being bored. In fact I didn't even play a single chord on my ukulele, because we were always so busy. We should probably slow down our traveling fury in the future. 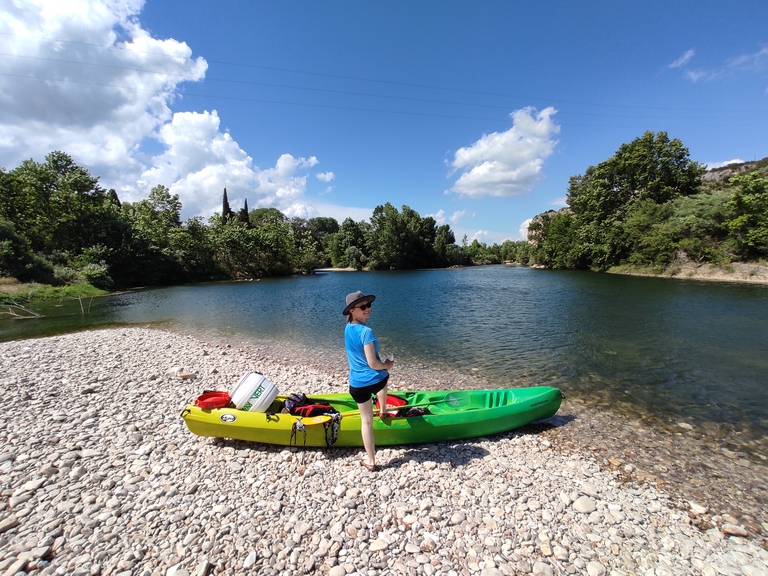 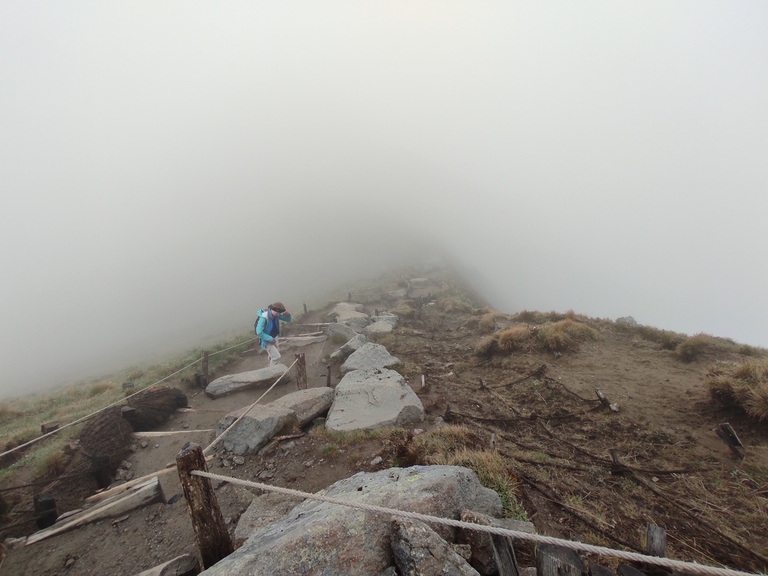 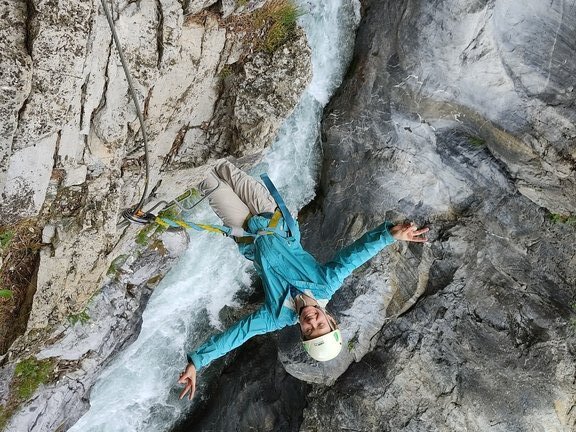 Via Ferrata in Queyras 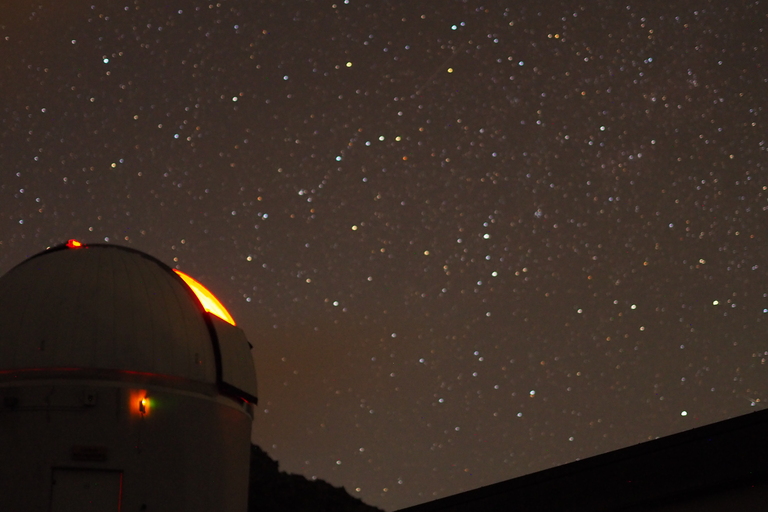 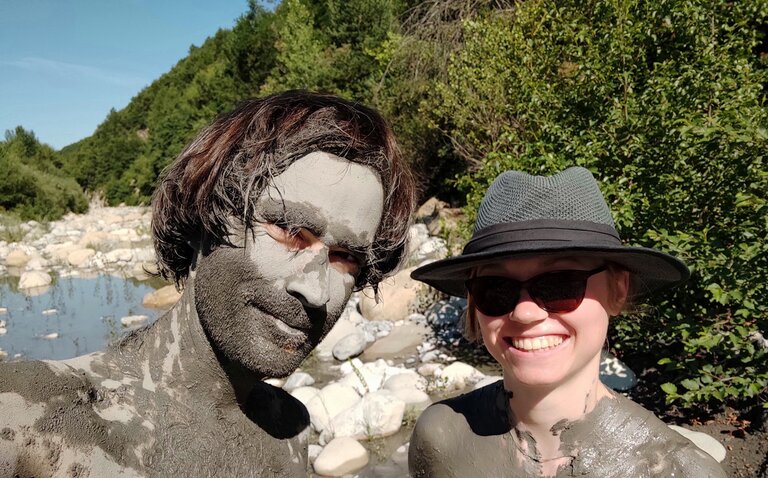 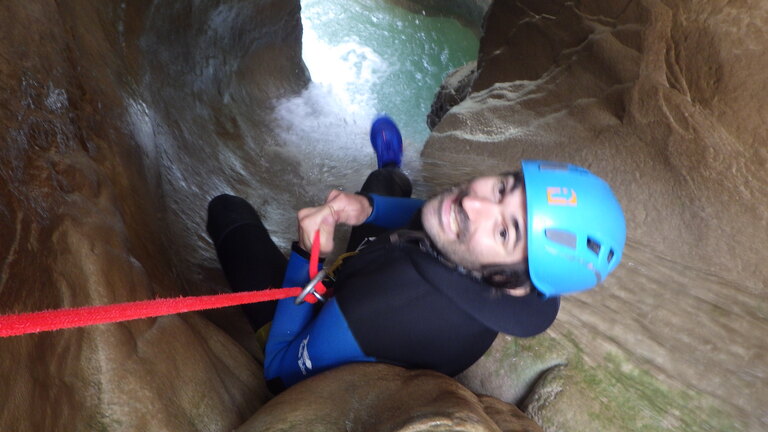 A few minor things broke along the way, somewhat unsurprising as we've built everything ourselves. What's good is that we can fix everything. We forgot to lock the fridge a few times and it opened itself while driving, until it broke the locker and jumped out of its rails once. We've fixed it now with a new locker and a few more screws. The power cables feeding the mirror LED got disconnected, I soldered them again and tried to reduce the force on the solder joint when the door opens and closes. The spinning table didn't break per say but got somewhat lose - hopefully gluing the threads with loctite fixes it for a long time. We've reorganized the under-bed storage with more boxes. Camille added some more scratch to the curtains so that they don't fly in our face while driving with the windows opened. One thing we didn't fix is the cooking workbench: the laminated wood splits appart, but taking it out would require us to redo some gas pipe joints with the cooking stove, which we'd rather not do. 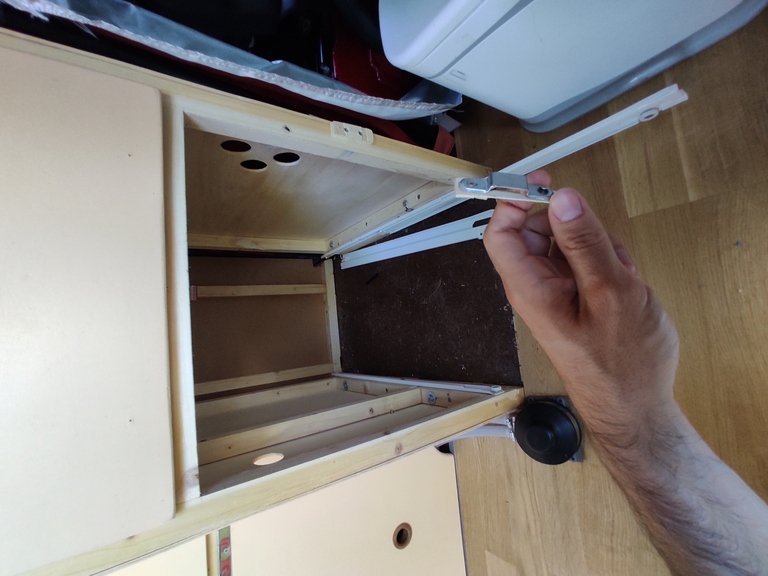 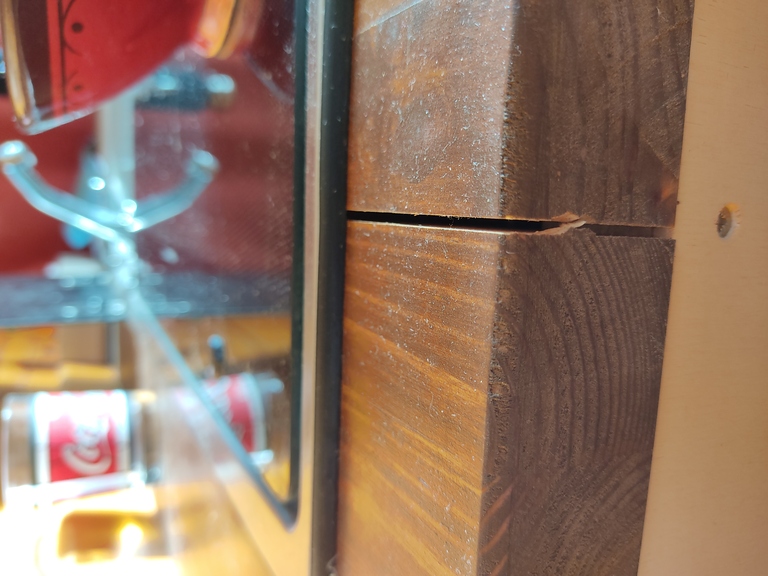 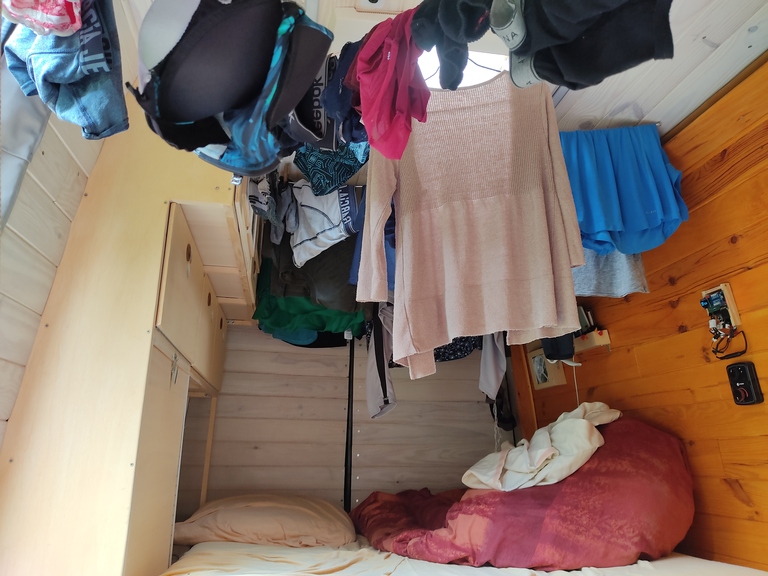 All the weather sensors, including those we've placed in the roof and in the wall are still working. It's mostly the roof which reaches extreme temperatures, sometimes above 60°C when parked in the sun, but the inside stays "cool" around 30°C. In general the temperature and humidity in the van stays comfortable - the insulation is doing its job. The thermal curtains also makes a real difference, as the temperature in the cabin is often quite extreme too. Despite our efforts on ventilation, keeping the CO2 level low in the van proved difficult, as shown by our eCO2 sensor. It's also possible that the eCO2 readings are high because of another chemical compound released - for instance by the wood - we didn't research on that.

Cooking in the van also works well, the two stoves are enough for cooking most of our recipes. We also caught up with all the dining out we couldn't do during lockdown. There are just so many nice restaurants in France cooking tasty local dishes - since we don't stay long we can't resist it. In fact, dining out is where we spent the most, followed by groceries and gas. We drove as much as possible on bioGNV (Erdgas - basically methane) although many regions in France simply didn't have any tanking stations for individuals. 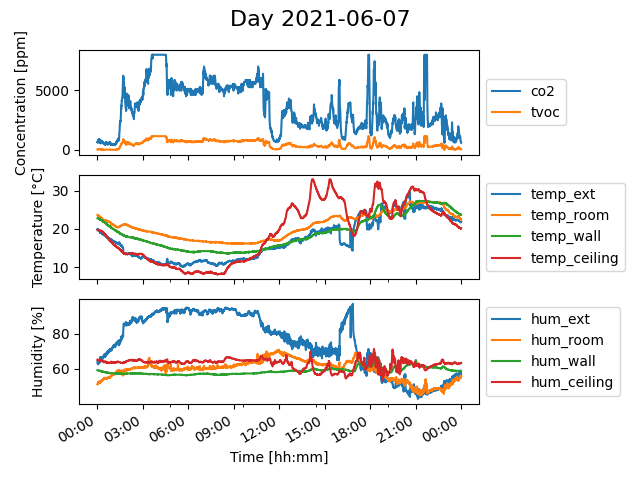 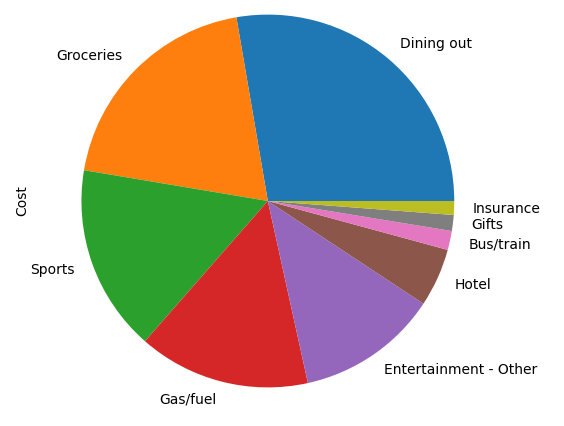 The plan for the next months is to drive along the north and west coast of France, and join Avignon, where Camille has an hypnosis training mid-August. If situations allow, we would then visit Spain and Portugal until December.