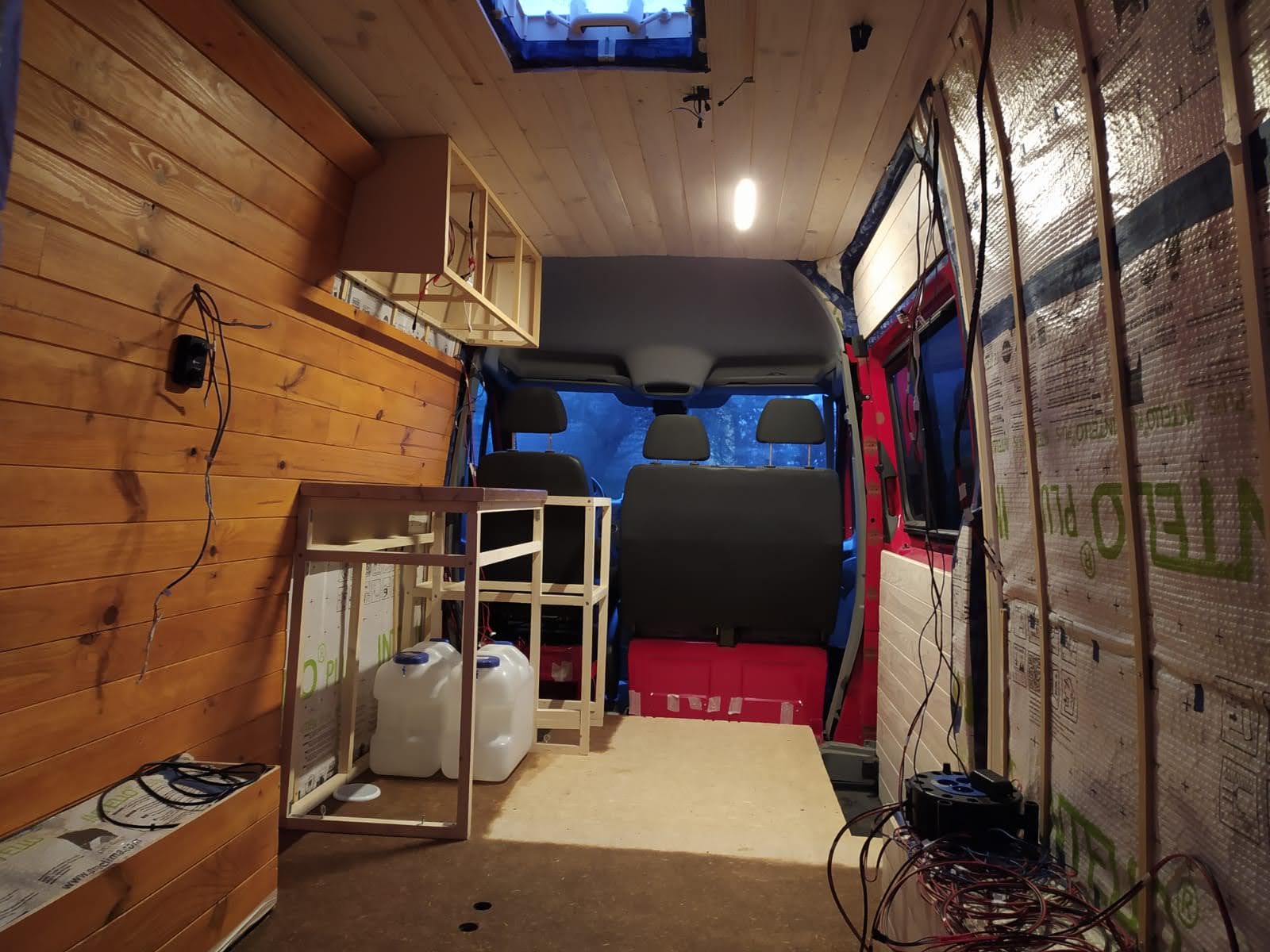 The van slowly starts to look like something else than a workshop on wheels as we are now building the furniture. It's a fun process, but getting things squared is quite complicated since the van itself isn't square and it's parked in an inclined driveway. Here again, this is all first-timers to us.

The first piece we've built was the front upper cabinets. This one was particularly tricky because it does not rest on the floor. Therefore, it needs to be strongly attached to the wall and the ceiling. Also, the angle to the wall isn't square. 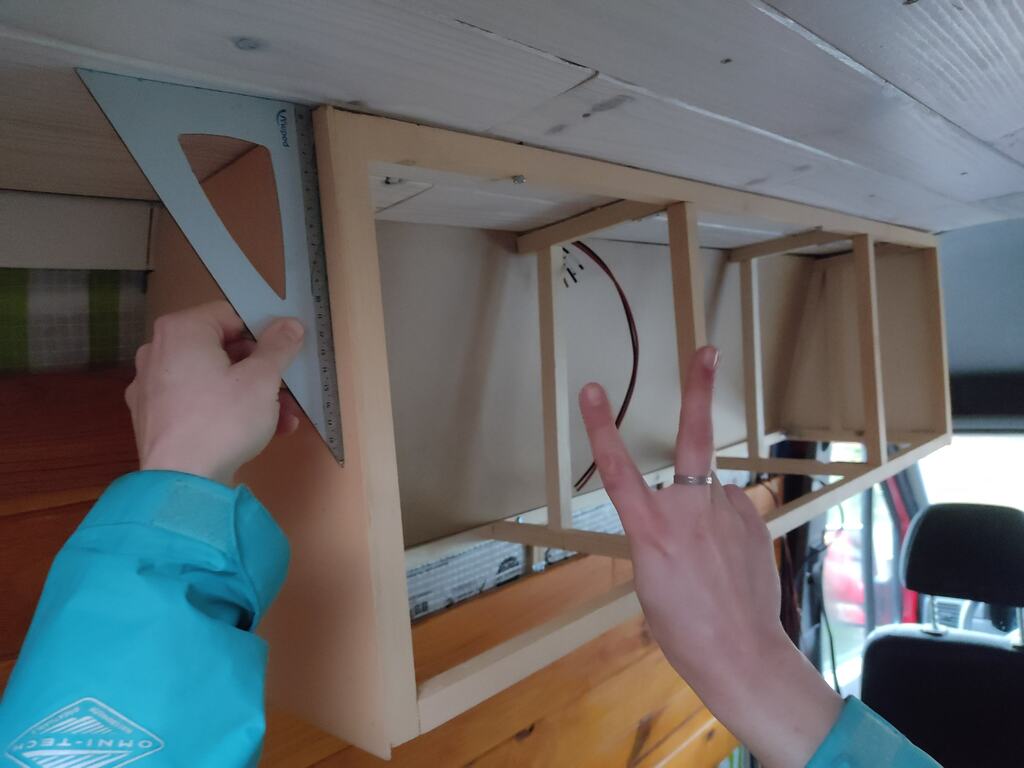 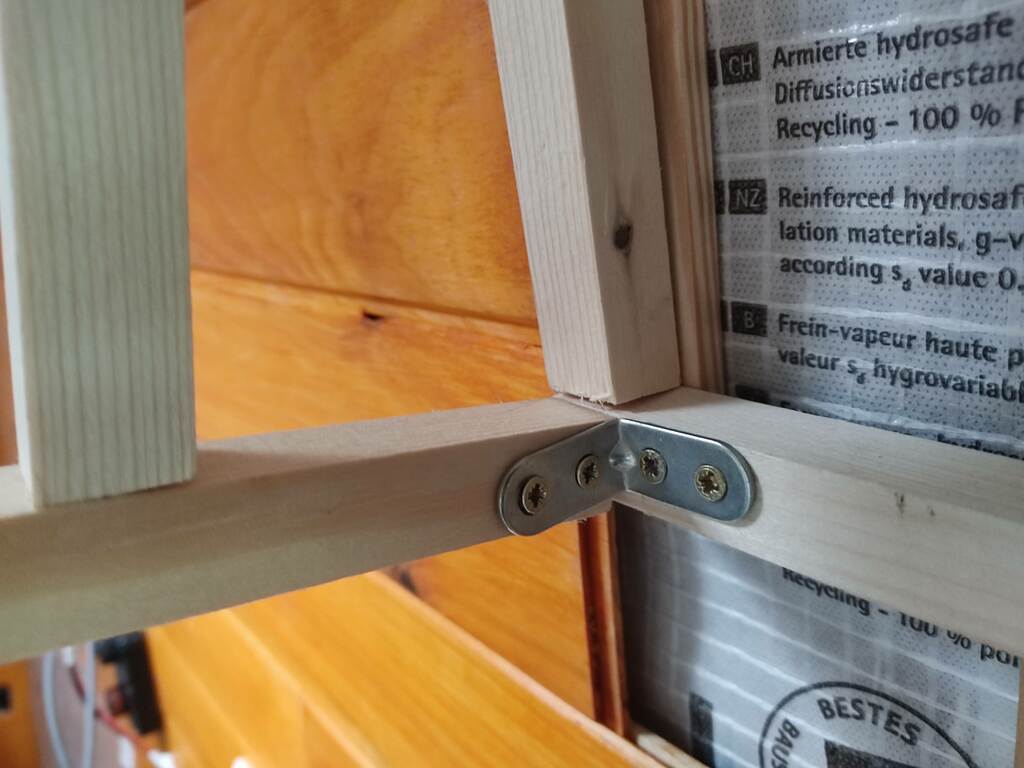 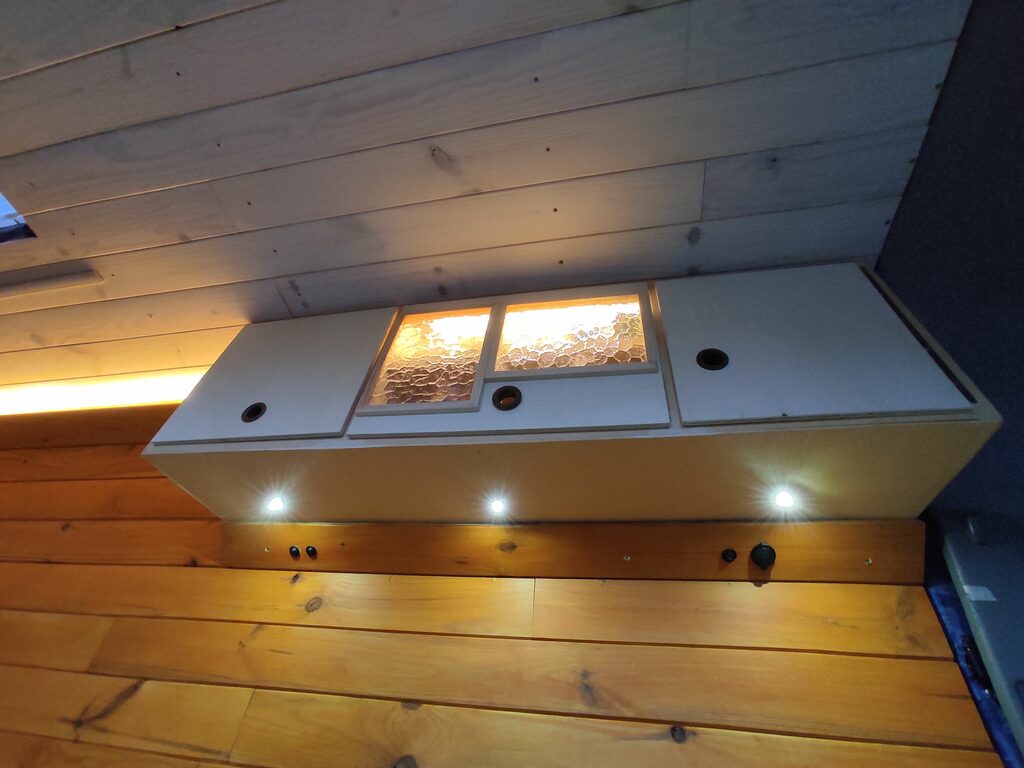 We have kept the same building strategy for all other pieces: 2cm or 3cm wooden strips (tasseaux) for the structure, on which we attach poplar plywood slabs, either 0.5cm or 1cm thick. This keeps the furniture strong while also being quite lightweight. The doors are locked with "cocotte locks", which we release through holes.

The upper cabinet will store plates, glasses and toiletries. Underneath the upper cabinet is a titled lambris, leaving room for small switches and a 12V car socket. The switches control an ambiant LED strip which goes around the whole van, the spotlights above the kitchen area and another LED strip above the future mirror.

The second piece of furniture we've built was the kitchen. There are two worktops, one of which holds our Dometic MO9722 combined two-burner hob and sink. We have prepared this integration back in late summer 2020 already! 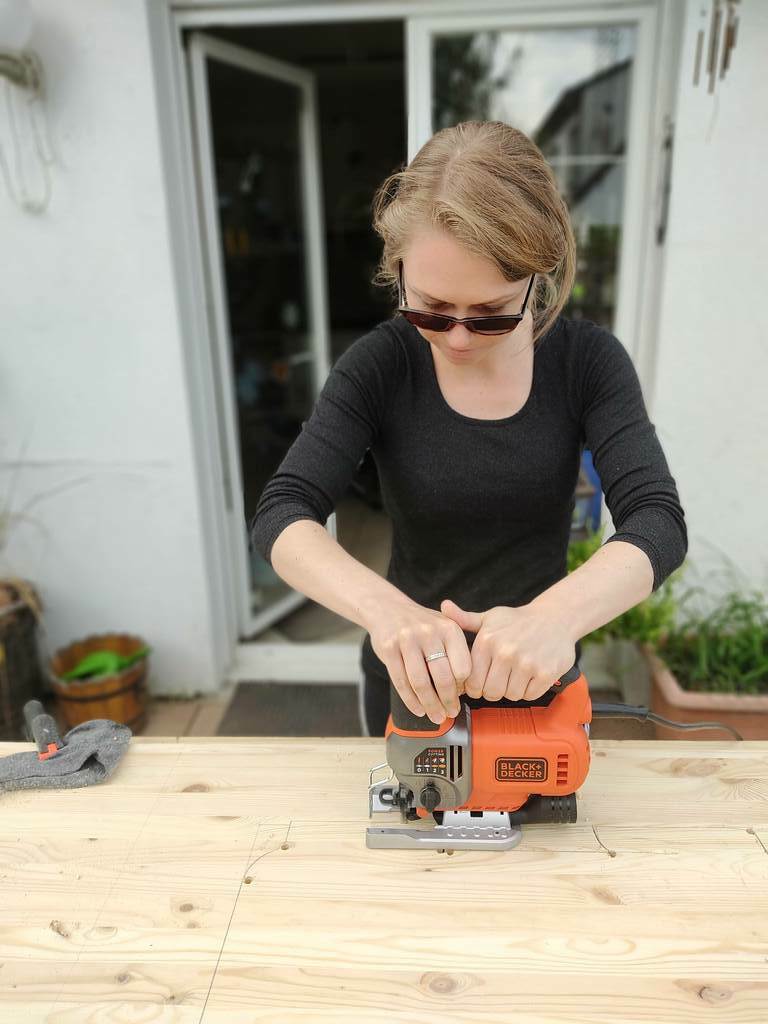 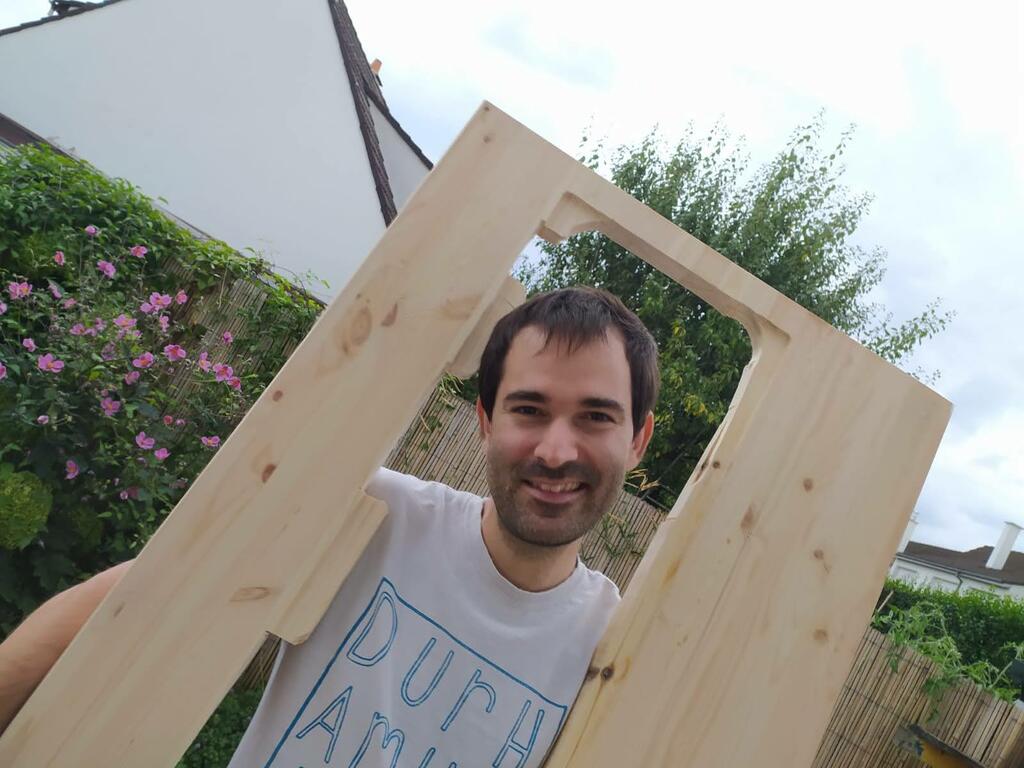 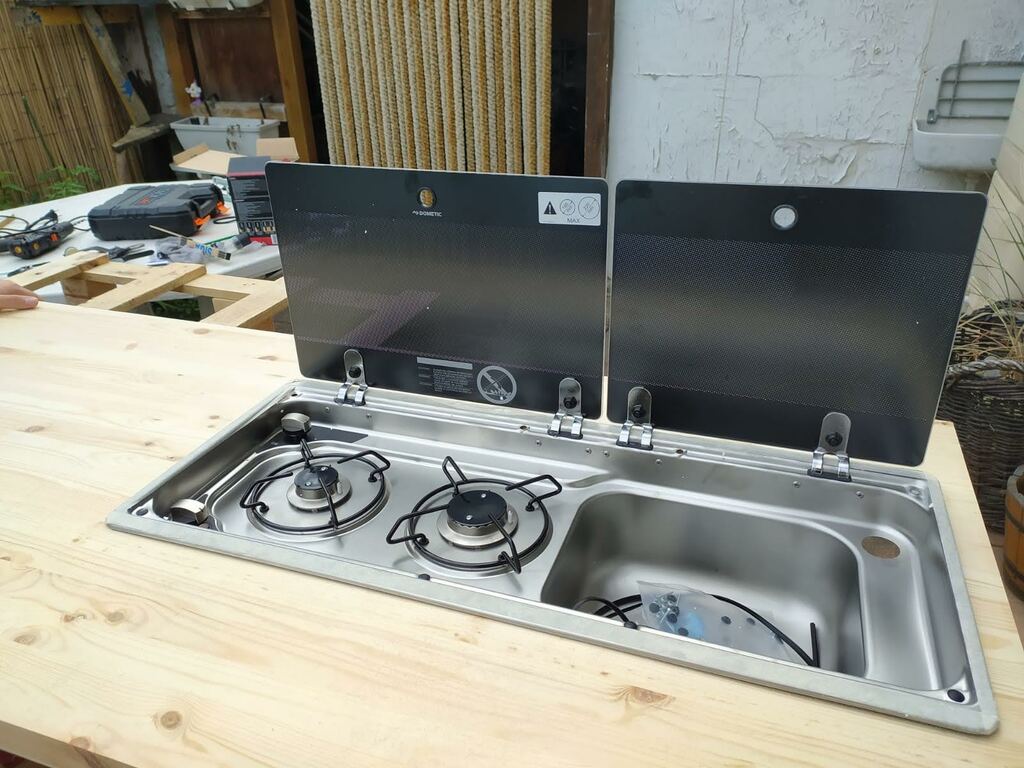 We could not build the kitchen too far front, otherwise it collides with the driver seat when leaning back. There are three compartments underneath containing: - the gas bottle (which has to be airtight), - two water tanks (clean and grey), - our 12V fridge mounted on sliders. We are currently in the process of connecting the gas and water circuits.

Meanwhile, the main electrical circuit is complete. There's a 200Ah 12V LIfePO4 battery which we have assembled with a BMS, a main switch, an MPPT, a shunt and lots of fuses, all of this fitted underneath the passenger bench. The wires feeding our appliances are hidden in ducts behind the cladding. So far we mostly have lights and sockets, but we plan for over small 20 appliances. 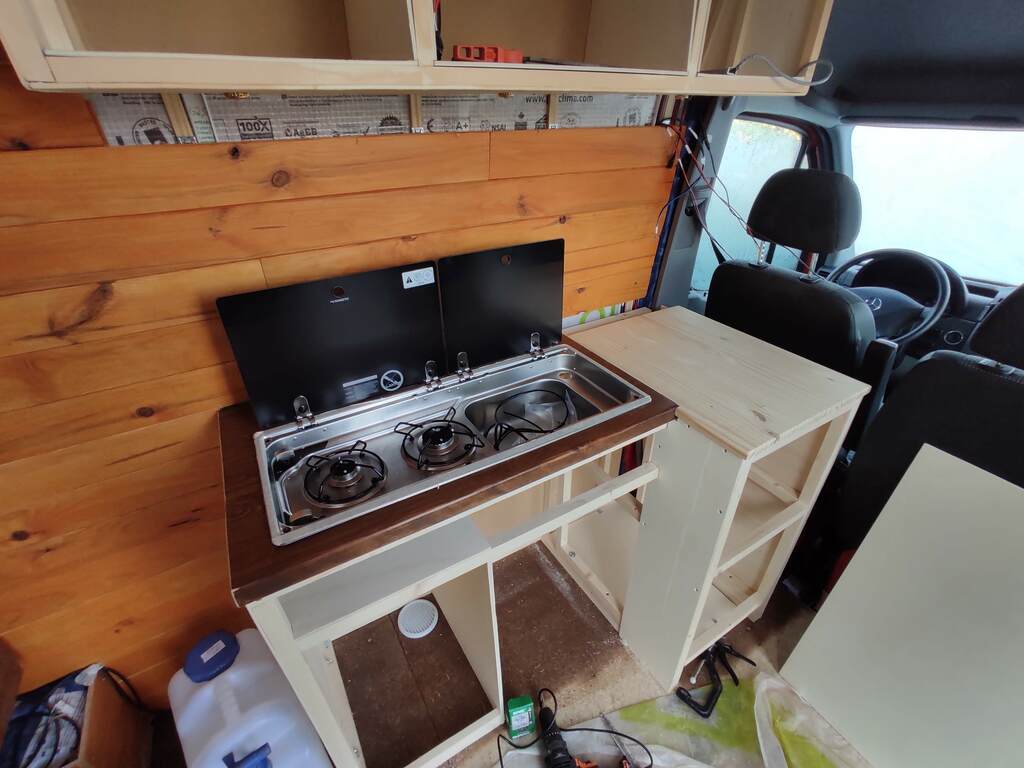 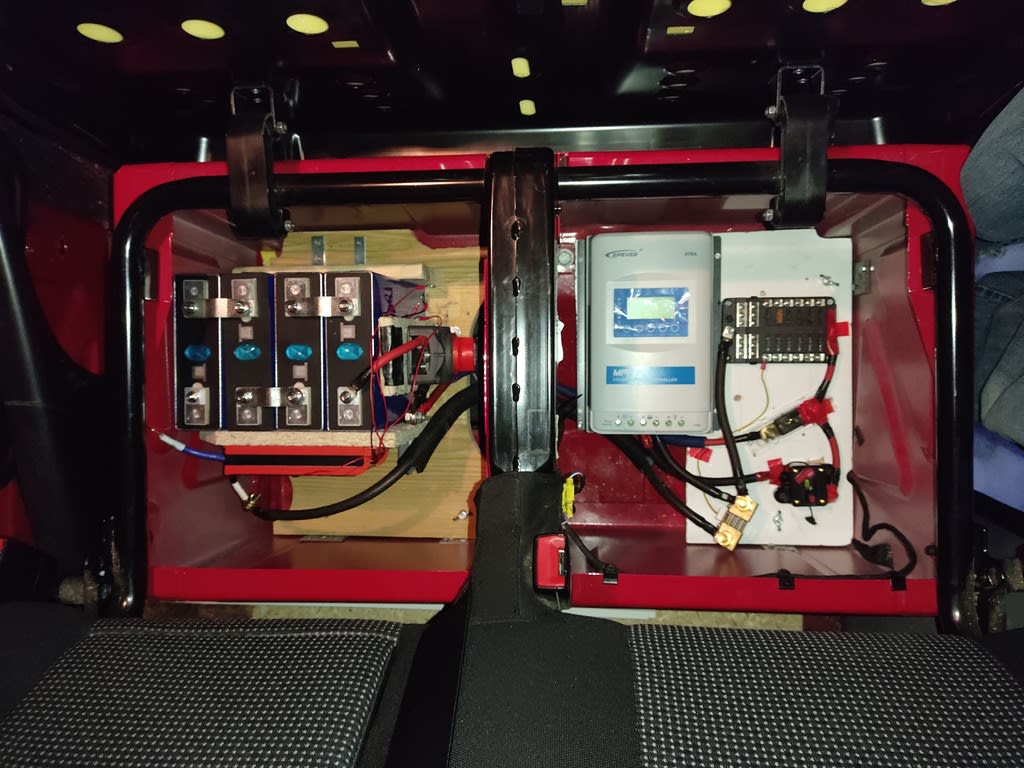 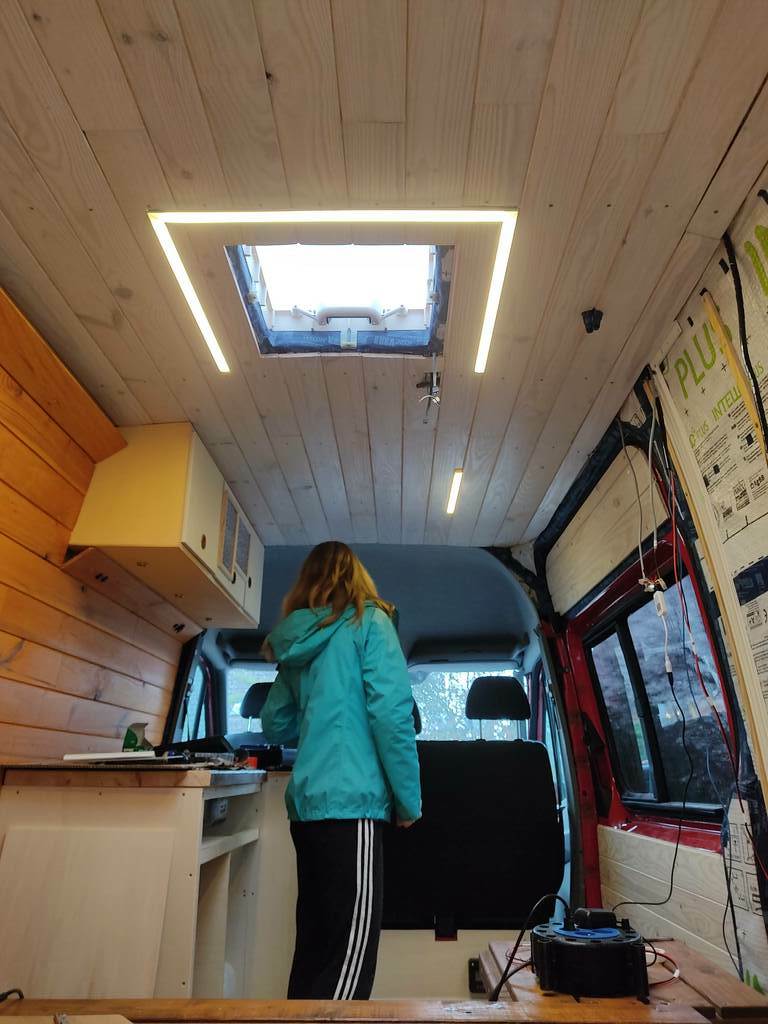