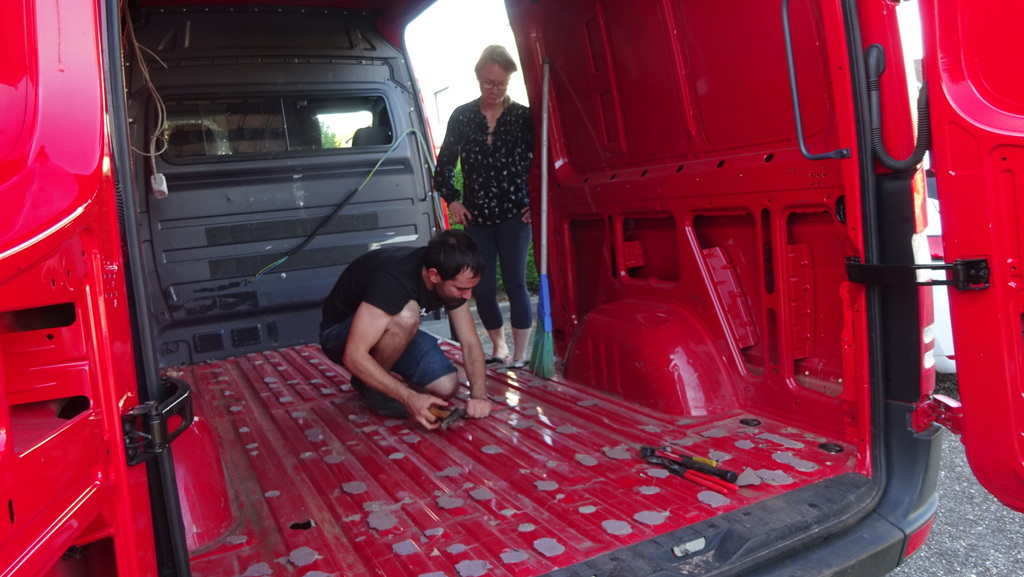 The floor was glued directly on the carrosserie, so we had to force it out with a lever (pied de biche). Thanks to Jean-Marc for his help in this - initially we were not really confident that the car paint wouldn't follow, but it ended up fine. The sad news is that we found two new relatively large holes in the floor, with screws holding some seemingly useless pieces of wood above the tanks.

Later, we removed the last glued pieces using a heat gun and a spatula. Finally, we removed a little rust using a grinder around the screw holes, to apply an anti-rust treatment. 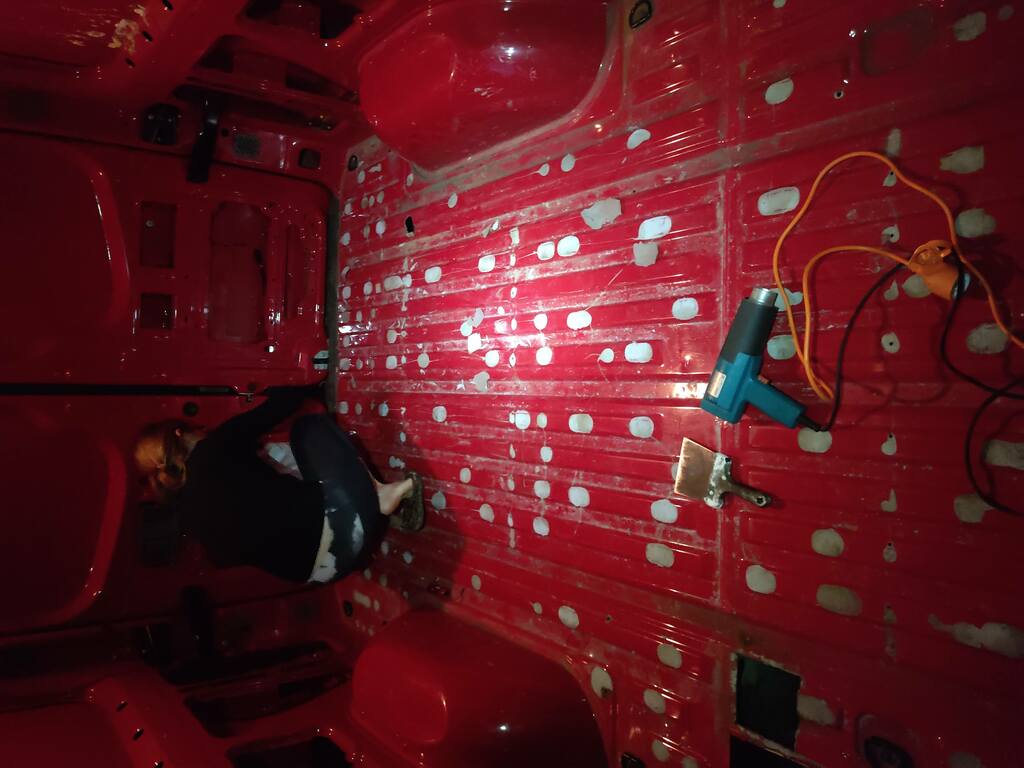 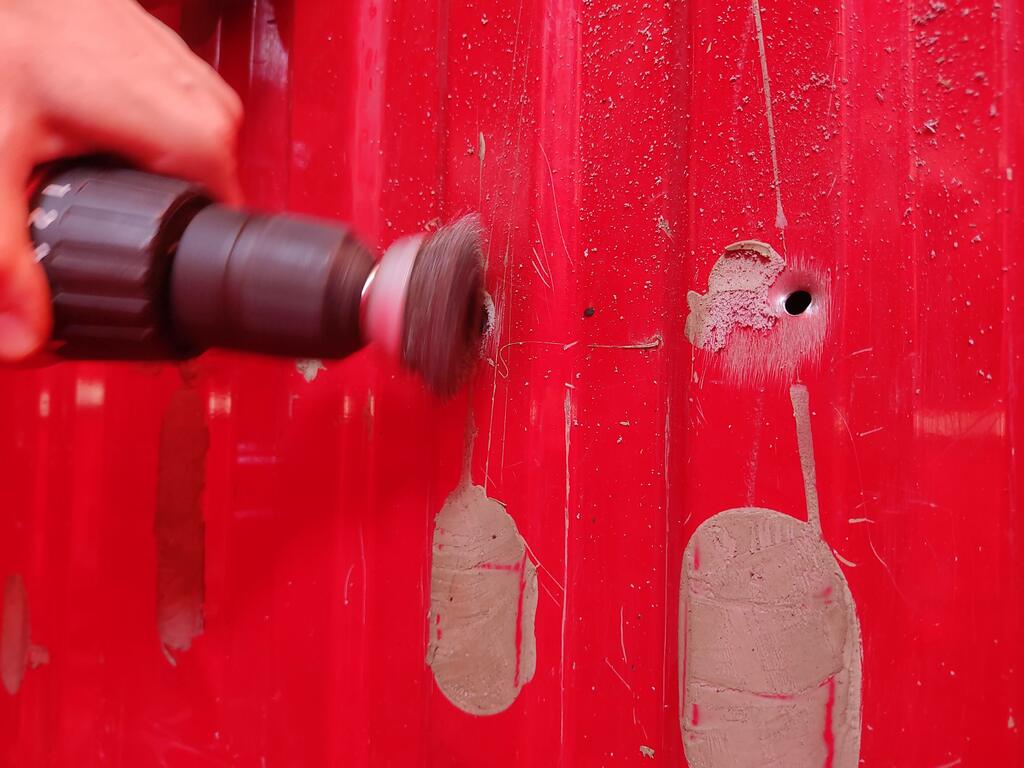