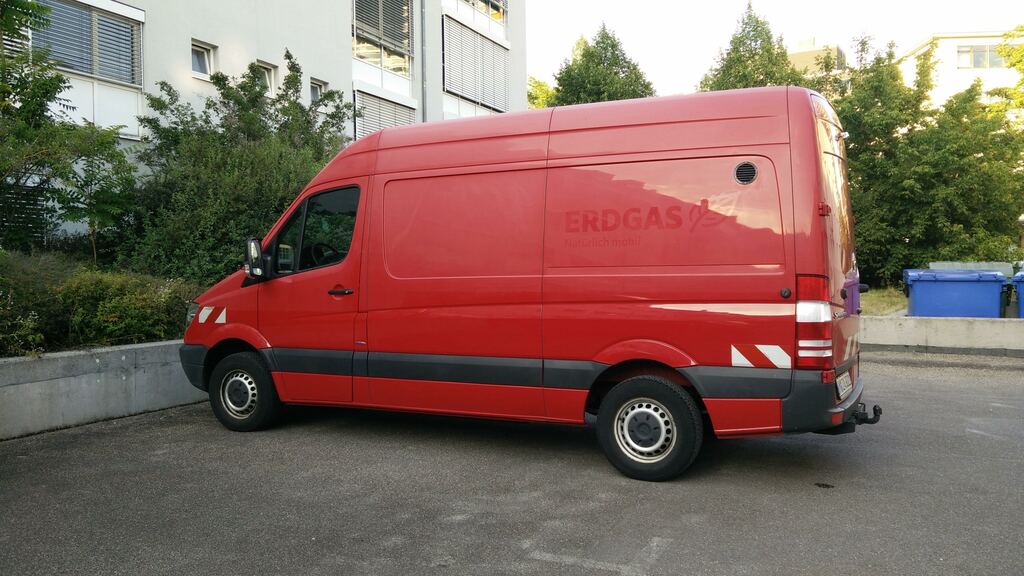 We visited this Mercedes Sprinter 2011 NGT L2H2 in Munich and decided to buy it. NGT stands for Natural Gas Technology (Erdgas in German, GNC or GNV in French). It is not the same as LPG, which is liquid. It is also pretty safe. Actually the van has two tanks - one for natural gas and one for benzine, the engine can switch carburation smoothly.

When the tanks are full it can drive around 260km on natural gas and 1100km on benzine. Natural gas has a few advantages: it's cheap (around 1€ for 10km), it's ecological and we can drive it in cities (French Crit'air 1). The major drawback is that there aren't so many stations to tank natural gas. This is where the large benzine tank comes in handy. 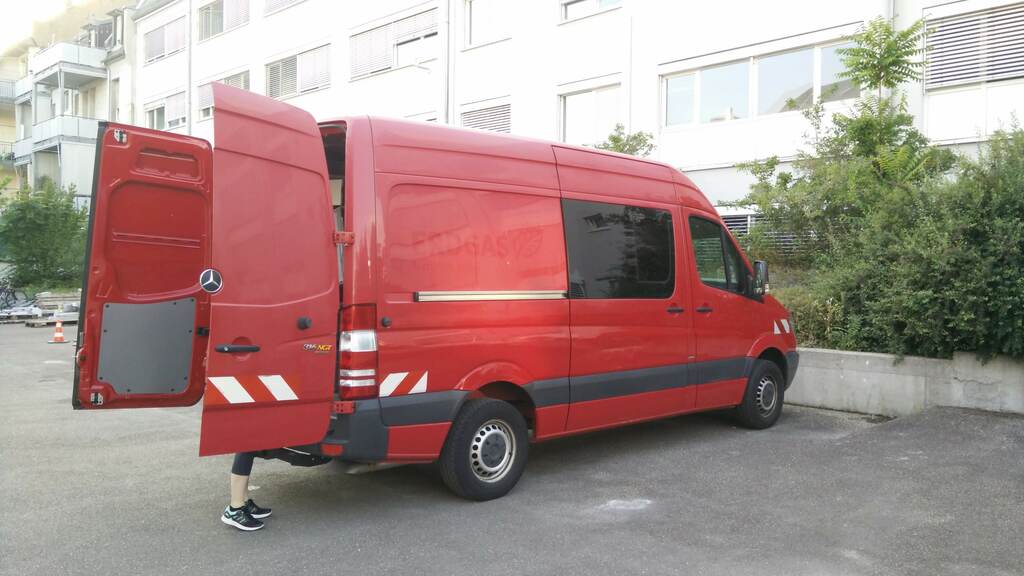 The van has around 38 000km, it's red and in good condition. It already has a nice large side window and a rear camera. The inside has a floor and a self-made shelf that we will remove. 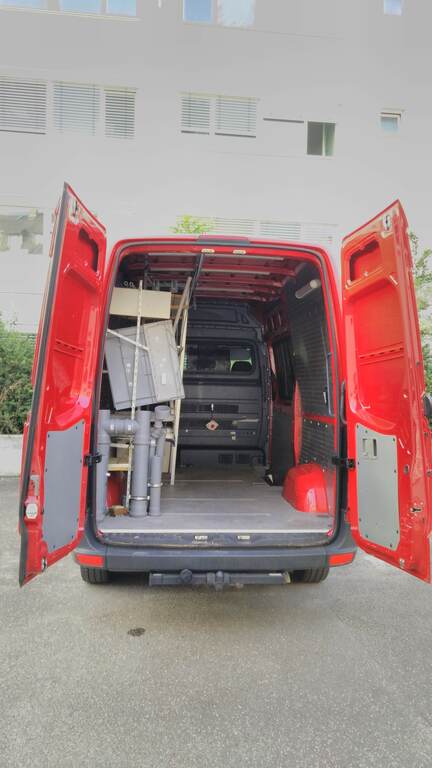